Steve and Chris win the 2nd round

Tom & James win the first round

Will, Danny and Matt win the Tex Abrasives Trophy

Over 57 players turned out for the Tex Abrasives Trophy Saturday 17th August.,

This 3 ball Scramble played fro the White tees on the Lakes course returned some very close scores, the winning score of nett 60 from Will Boniface, Danny Owen and Matt Somerville playing off a combined handicap of 2 with 8 birdies and an Eagle on the 18th par 5 claimed the Tex Abrasives Trophy. Second Place went to Ian Kirkman, Nigel Popper and Alex Law with a combined handicap of 7.3 returned a nett 61.7, third was Charlie Powell, Chris Pearson and Neil Shinwell with a combined handicap of 3.2 returning a nett 61.8 beating Graham Doherty, Phil Robson and Dave Watson (5.2) on the same score, on countback with better back 9 holes. 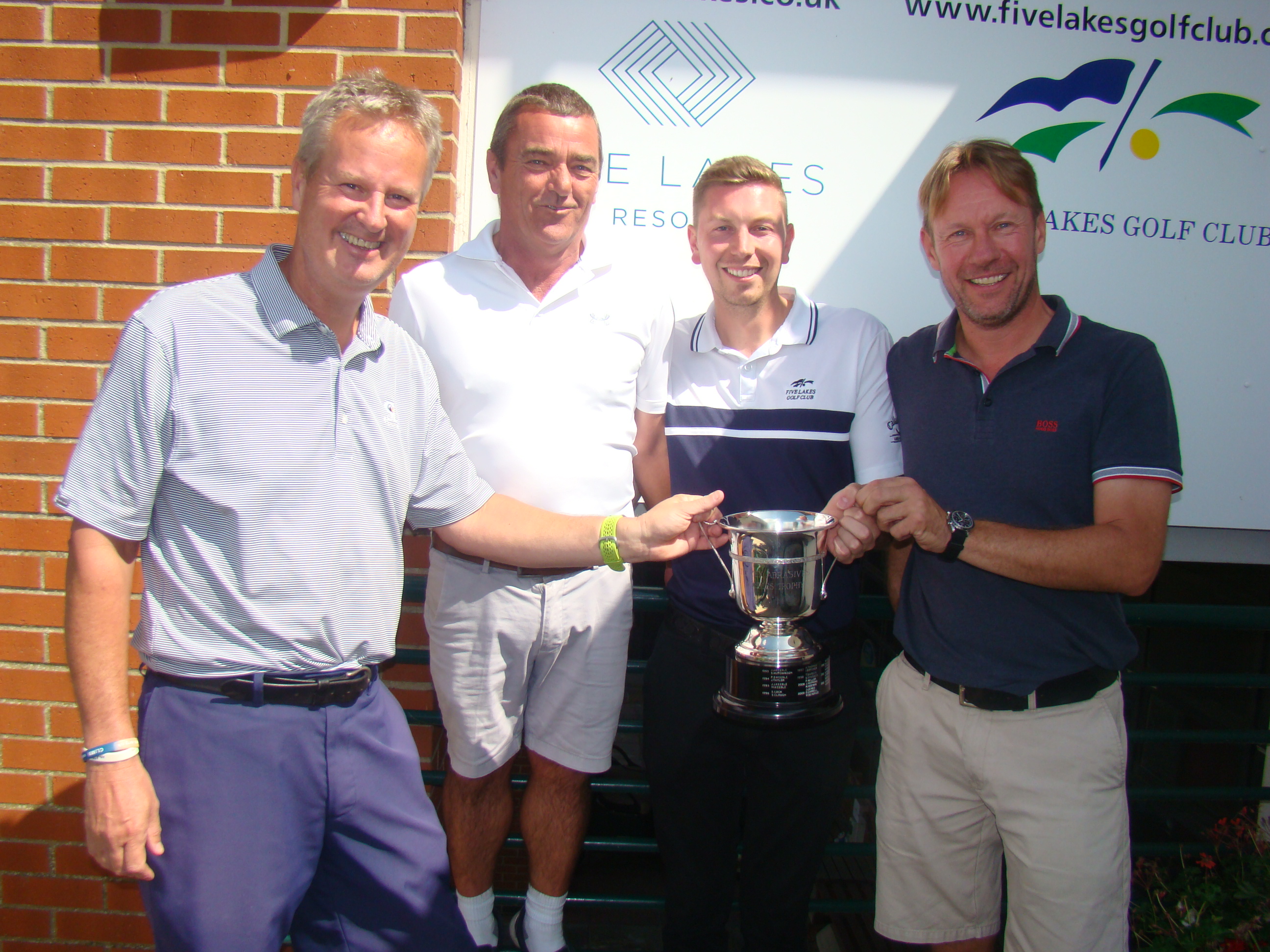